I came home the other day to a bunch of smoke coming from between my and my neighbor's houses. Just as I was pulling in, I got a phone call from another neighbor who had noticed the smoke and wanted to know if something was going on. I walked over to the fence, and what I found surprised me. His picnic table was on fire!

I ran over and rang the doorbell, and nobody answered. I figured something ought to be done quickly, though I doubted anything was in IMMEDIATE danger, as the table was on a cement pad, with not much in the immediate vicinity that was likely to burn. I grabbed my hose, and spent the next few minutes putting out the fire. 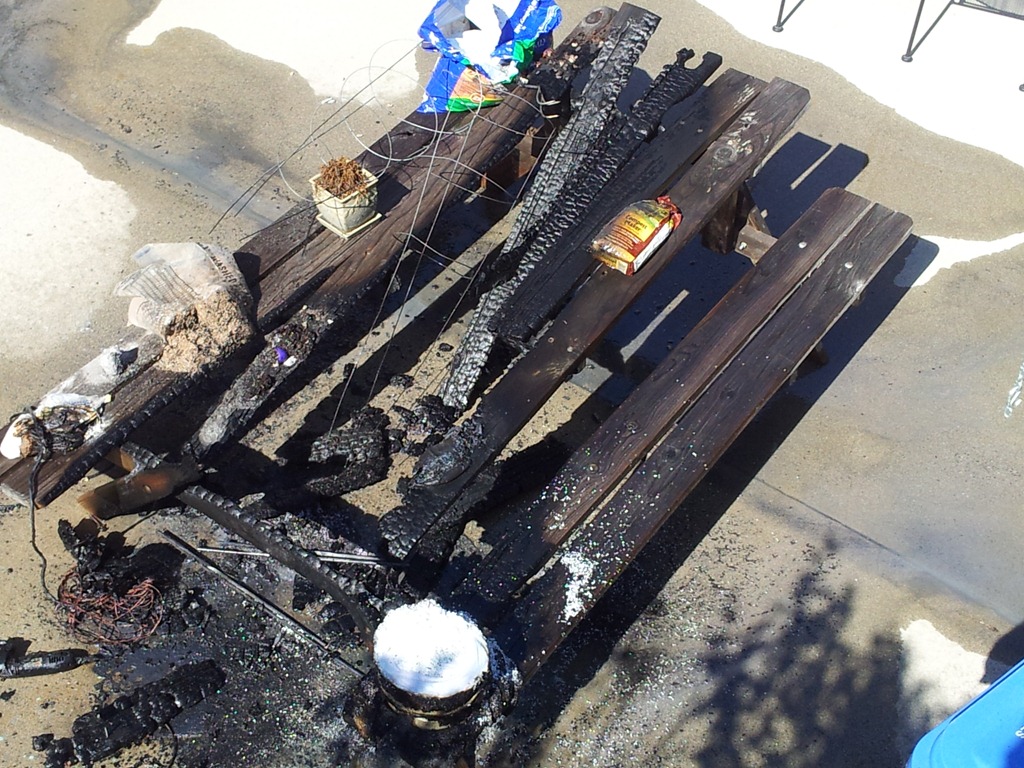 What surprised me most is that it takes a surprisingly large amount of water to put out even a small fire like this. I would get a part of the burning table quite wet, enough that I would figure it would be cool to the touch and couldn't possibly still be smoldering, only to see smoke rise from it seconds after the water was removed. Some of the problem, I'm certain, was that I couldn't easily get water to the underside of the wood from my position on top of the cinderblock wall, but even the tops of the boards would continue to smolder long after I would have guessed that they HAD to be put out.

What a mess. I smelled like a campfire, however, if that's an upside. No word on what caused the fire in the first place.